Happiness is discovering a jungle pool! 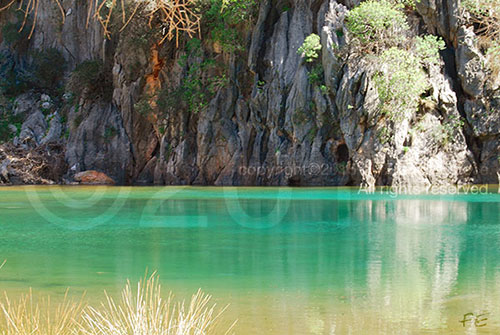 Rain often brings people down, but when it creates a temporary paradise, jungle pools like this, who can complain? :) Find a pool near you, and jump in! Enjoy!

Posted by Franco Esteve at 12:18 PM No comments:

Why the new Apple Watch isn’t better than the old Apple Watch… unless it is.

The Apple Watch isn’t better than the old Apple iPod watch… unless it is.

Let’s start with the obvious. For those of you that don’t know or remember, a few years ago, Apple released an iPod nano in a watch sized version. It had a wonderful touchscreen interface which was simple and easy to use. Apple didn’t officially announce it as a watch even if it really was. It was an iPod Nano after all, yet, they included a clock app with multiple watch faces, including the Mickey Mouse face everyone loves. Let’s say it was a test, and as tests go, sometimes they’re just too awesome.

The clamp design on the bottom was perfect to create straps for and a few third parties jumped at that, creating some wonderful straps and turing the iPod Nano into the perfect iPod watch. The app selection was limited but perfect: Audiobooks, Clock, Music, Music control, Nike+, Photos, Podcasts, Radio, System Settings. Yes, you read correctly: Radio. Oh, sorry, yes, Nike+. We’ll talk about Radio later.


Nike+ for iPod Nano… no iPhone necessary… or Nike+ Sensor… or any receiver whatsoever. The iPod watch has an accelerometer built in, so it tracks like the old sensor used to and synchronizes the same as the Nike+ app on iPhone so you can share on Nike plus on Facebook or Twitter or whatever, except with a cable… of course. Sure, it doesn’t have GPS and doesn’t live-synchronize with the world through 4G, but you can workout without your phone and be comfortable with the fact that your battery won’t die. Oh, and the app still does a pretty good job of tracking your workouts accurately, of course. This leads us to:

The Apple iPod Watch is better than the new Apple Watch. Oh yes, and in so many ways.

But despite the gorgeous designs of some of the faces Apple includes with Apple Watch, the iPod watch has an advantage. You see, both watches have a square design, yet, puzzlingly, Apple Watch includes only round, traditional watch faces along with the digital ones. I don’t get that. It’s stupid. iPod watch on the other hand has most faces designed for a square screen. They look great.

– Winner: Tie – They both tell the time perfectly, even if the square faces look better on iPod watch.

Now, speaking of the radio, you might think, “How can this get good reception? Where’s the antenna? Does it work?” The answer is YES, YES, & YES! Oh, the antenna bit takes us to…

As mainly a music focused device, the iPod watch definitely delivers. It can hold quite a bit of music. Its battery lasts forever. It has a freakin’ real Radio! It has podcasts, audiobooks and what not. It’s an iPod… period. As watches go, it also delivers on its promise. It’s an awesome watch with all the basic watch features and looks damn good doing it, often better than the Apple Watch. On top of that, it has Nike+ workout tracking and you’re not constantly distracted during your workout by any of the following:

Battery dying, annoying notifications, headphone battery dying, disturbing vibrations, battery dying, did I mention battery dying? Ok, ok. I’m being unfair. That’s only happening to cyclists. Don’t you just hate them on the road? I’m only joking, but not about the battery and cyclists part, unless they fixed it already. What can I say, that’s just them apples. ;)

In many ways, the iPod watch was the perfect watch and yet, the Apple Watch is so much more.

The Apple Watch, like most so-called “smartwatches”, is an inferior watch and therefore inferior to the Apple iPod Nano watch, but that’s ‘cause we’re trying to say we’re comparing Apples to Apples. The problem is we’re actually not. The Apple Watch is NOT a watch. 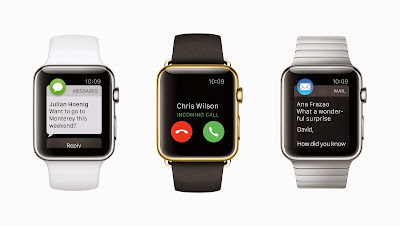 “Despite the name, the Apple Watch isn’t mean to be a watch. It’s really a controller for your iPhone.”

It violates the logic that if it looks like a watch, is worn like a watch, and acts like a watch, it must be a watch… except it isn’t. Despite the name, the Apple Watch isn’t meant to be a watch. It’s really a controller for your iPhone. Sure, it tells time and has many of the features you expect from a modern smartwatch, but it really ain’t that smart.

The smartwatch that isn’t smart

Unlike Smartphones, smartwatches aren’t at the level of a computer on your wrist the way a smartphone is a computer in your pocket. Sure they run some apps, but the apps are really controllers for apps on your phone. So the Apple Watch is basically as smart as a remote control. Actually, that’s what it really is: a really cool, bluetooth remote control for your iPhone.
Sure it has some gimmicky little apps and what not, but it’s the dependence on the iPhone in your pocket that I see as the achilles heel and the main issue. Oh, and the battery, of course, which is crap. It might be better than other “smartphones”, but sorry, it’s crap.

Battery issues, missing radio, and bluetooth headphones aside, the Apple Watch is a freakin’ awesome remote control. The apps and complexity make me miss the old iPod Watch for its simplicity when it comes to interfacing with it, but thankfully, there’s Siri to the rescue. Now, you might be thinking of a Siri joke right about now, but the truth is, in my experience, it just works.
Once you start using Siri, you realize how good she’s gotten at understanding English. I haven’t tried it in other languages, so your mileage may vary there. No need to open apps or type things out when you can simply say, “Set up a date with my wife for Friday afternoon at seven at DiGeorgio’s on Hudson street.” Siri knows who my wife is and is smart enough to interpret the rest properly, setting up the event in my calendar. You can even tell it to remind you and it will set an alarm for that event. Once you go beyond the “Call so and so”, you realize how awesome Siri really is, and on the Apple Watch, it’s just natural. The fact that it works is awesome, but the fact that one feels like James Bond or Captain Kirk is a bonus.
Notice I didn’t say Dick Tracy. If there’s no video, it’s not like Dick Tracy! Alright?!

Also, the Digital Crown works quite well as well. It’s surprisingly clever and useful. It’s a nice take on an old theme. It does help as an interface device, especially because you can better see the screen while you navigate, which in the iPod watch was more difficult.
Oh, and The Apple Watch has an OLED, retina screen. Need I say more?
– Winner: Apple Watch –


Ok, so there’s a lot more to the Apple Watch than one might expect, but I’m sorry, the vibrations are still weird and creepy even if I don’t have to look at the map and so is the heartbeat thingy even if my wife found it romantic. And 17,000 dollars, REALLY? WTF Apple?

I get that Apple wants to take the cash that custom gold-dipping companies were getting for dipping the iPhones in gold, but come on. It goes against Apple’s original and Steve Jobs’ founding spirit of “The computer for the rest of us.” And when did aluminum become crappier than steel? It’s lighter and just as strong. I can only assume it became crappier when they started saying the gold Apple Watch was 18K gold when it actually uses a trick to have the name with less gold content.

In the end, I love the Apple Watch, but I hate the battery. I’m not comfortable with the vibrations. The notifications are a lot more annoying on the watch than on the phone. And I hate that there’s no headphone jack. I miss the old iPod watch for that and for its simplicity while maintaining a high level of functionality and usability. But as remote controls go, the Apple Watch is just way too cool, with Siri, phone calls, messaging, and its health features… and it tells the time! ;)
Ok, I’m keeping the remote control and the old iPod Watch goes back to being just an iPod Nano, and that’s ok. Although, I do think I look a bit strange with one on each wrist.
Just pondering…

Get the single: A Moment of Madness

Get the Album: Apocalypse: The Doll Chronicles (Original Soundtrack)